We are excited to introduce Antonio Butler! In addition to joining us onstage at various Zumba classes over the coming weeks, Antonio will be teaching a free LaBlast® demo class on April 8th at 11:00 a.m.  LaBlast® is a dance fitness program based on all of the fun dances you see on ‘Dancing with the Stars’ such as Disco, Cha Cha, Jive, Salsa, Paso Doble, Samba, and many more. It is totally partner free and teaches fundamental dancing skills while providing a fun-filled, high energy, interval based cardio workout. Come check out this fun format and help us welcome Antonio to Portland and the PulsePDX community! Advance reservations are encouraged. 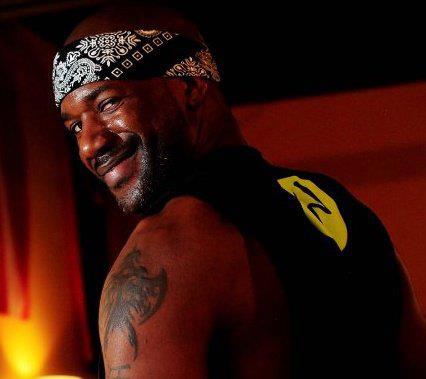 Antonio was born in Cleveland, OH.  At an early age his love of performing was evident, as he was always dancing.  At the age of 15, Antonio was accepted in to the A Better Chance (ABC) National Scholastic program, and went away to high school in Wallingford, PA.   This was not an easy move for him, especially being the shy, quiet, skinny “nerd” that he was.  Although he excelled in sports, it was performing in high school plays and musicals that brought him happiness, confidence, and ultimately popularity.

Antonio went on to attend The University of Pennsylvania, majoring in Psychology.  While in college, he continued performing, earning leading roles in the university’s productions of “Pippen” and “A Chorus Line”; and as a member and choreographer of the Arts House Dance Company.

It was during Basic Training (Boot Camp) for the U.S. Army Reserves that Antonio discovered his love of fitness and working out.  He is surely the only person in the world to think of the 10-week Basic Training as a “hoot”.  The noticeable change in his body and development of muscles, led Antonio to join a gym, begin lifting weights, and taking group fitness classes.  At the encouragement of his group fitness instructors, he obtained his Primary Group Fitness certification through AFAA.  He quickly gained a reputation and following teaching Step, High/Lo impact, Interval, and Bootcamp classes.

In March 2007, a friend and fellow instructor talked Antonio into attending a workshop for a new Latin dance fitness format, Zumba®.  Attending the licensing workshop was his first exposure to Zumba®, and his love of the format was instant.  His energetic, fun, flirty, and sexy style made him one of the top instructors in OH; and later, the Tampa Bay, FL area. He has traveled around the Midwest and FL teaching Masterclasses.

In October 2017, Antonio attended a LaBlast® Fitness Masterclass taught by Louis Van Amstel, the format creator, in St Petersburg, FL.  After the class, Louis asked Antonio to become a Master Trainer for the format. This opportunity was perfect, given his love of dance and fitness. Antonio is now in the process of becoming the LaBlast® Fitness Master Trainer for the Pacific Northwest.

Outside of the group fitness world, Antonio works as a Training Coordinator for a banking company.  He enjoys listening to music, watching sports (college and pro football, the Olympic Channel, tennis, rugby, and track & field), playing volleyball (indoor and sand), tennis; and one day hopes to learn to play rugby.