What are some highlights of your health journey? 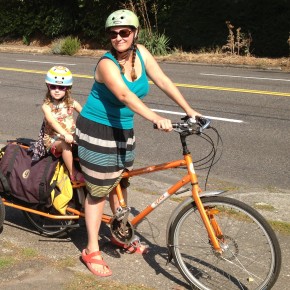 In my day job as a middle school teacher, I teach my students that one way to combat procrastination is to “give yourself an audience.”  Little did I realize that such a simple thing as saying to a friend “I want to make a change and I will be active every day for the next month” would be the step I needed to create my audience and in turn achieve and even surpass my fitness and health goals.  On that note, I suppose the biggest highlight of my health journey is that, strangely enough, once I actually set the goal, it wasn’t that hard.

After having my 2 children, now ages 5 and 7, I never made a serious effort to lose the extra “baby” weight, despite, of course, wanting to.  I generally ate well, cooked healthy meals, and enjoyed the occasional leisure bike ride, hike, or walk.  I made efforts to be happy with my body by sewing my own clothes and worked to project a positive body image for my son and daughter.

Last summer though, a few months after starting at Pulse PDX, I was sitting on the porch with a friend and verbalized two intentions: be active every day until the end of summer, and learn more about calories and how much I am supposed to eat.  Those two things changed my approach to both activity and food – allowing me to lose 30 pounds in 9 months.  For the calories I started using an app to help me keep track and it gave me a daily goal to keep me on track to lose one lb. per week.  In the summer I continued my twice per/week Pound classes, rode my kids around on our family bike, and went for evening walks.  Once school started I replaced the bike riding with walking them to school.  While the pounds didn’t appear to melt away all that quickly, after 3 or 4 months people really started to notice, and by 5 months I could see and feel a significant difference.  9 months later I had lost 30 pounds, and was well below my pre-pregnancy weight – a place I never thought I would be again!  Being able to sew my own clothes has come in handy again, as I have a wardrobe that needs significant altering now. 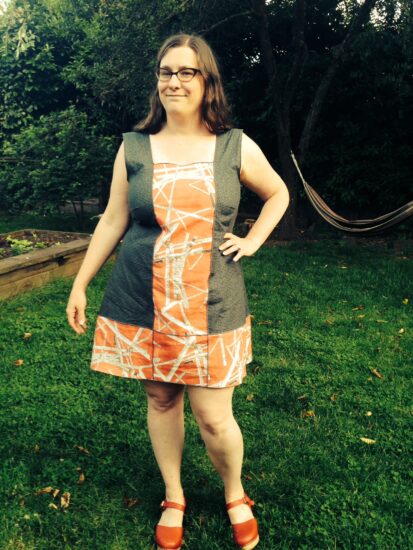 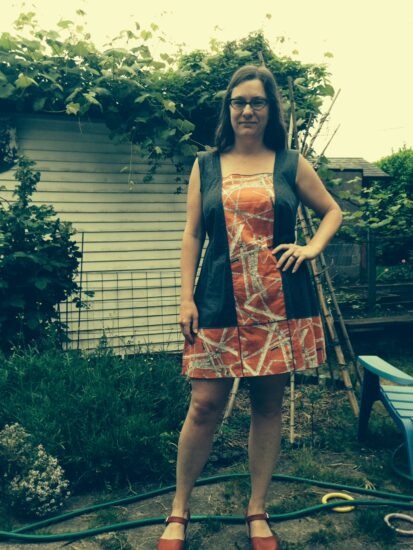 As a result of my two intentions, I have become more “in tune” with foods and the physical effects they have on me (I can really tell when I have eaten heavy pasta for dinner and I’m trying to jump in Pound class!), I can make educated choices about what I eat (and still give myself a treat now and then), and I now I miss physical activity if I go a day without it.  I am happy with my healthy body, and I am able to project a more true and honest positive body image for my son and daughter. 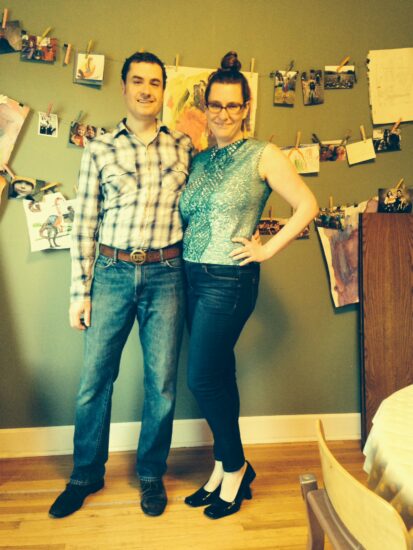 As often happens around the New Year, a friend and I decided to find a good workout class and PulsePDX was the place we tried.  We tried Zumba, but quickly found Pound to be the class for us.  We have been regular attendees to Josh’s Tuesday and Thursday evening classes ever since.  There is something special about a workout that is both challenging and fun, not to mention that pounding a pair a sticks around for 45 min. is a good stress reliever too!  I especially appreciate how I can regularly see myself improving and Josh encourages us to push further; also, even after attending for a year, there are moves I can struggle with, then finally do!

What role does Pulse play in your fitness routine? 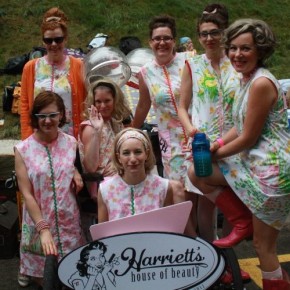 I have always loved walking, so starting each day by walking my kids 2 ½ miles to their schools gets my day off on the right track.  Pound, however, is my chance to really sweat and do fun challenging active work.  As the weather gets warmer though, I’ll be back on my family bike exploring the far reaches of the city – this summer hopefully biking faster than last year!

During the day, I teach social studies and study skills to middle school students at a small independent school downtown.  In the evening when I’m not pounding it out, I’m working on some new sewing or crafting project.  Though it has been a few years, I have also been known to race down Mt. Tabor in award-winning soapbox derby cars – you may have seen me in a few of my team t-shirts.