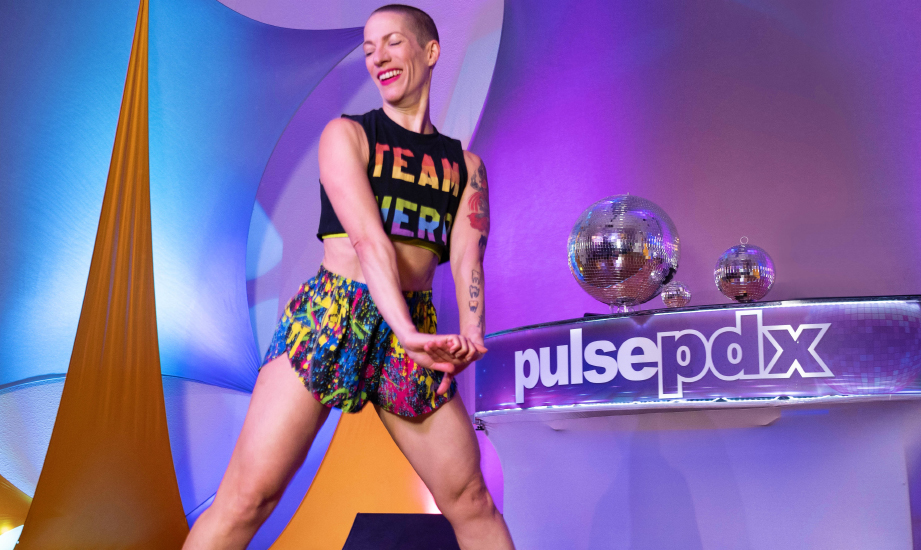 WHAT I LOVE ABOUT PULSEPDX

We have such an amazing community! The most creative, fun-loving, go-for-it, kind human beings all seem to find us. I blame Jennifer! She has been so intentional about building it that way. She sets it up, and all we have to do is come in and knock it down.

how I got started

My earliest dance memory was being alone in my kitchen as a six-year-old, freestyle dancing to an irresistible new song: Footloose. I was going for it. HARD. I mean, think about it: this was Loggins at his prime. I knew what I had to do and I did it. After a few years, Paula Abdul and Janet Jackson came along, and again, I had no choice but to go HAM on the dance floor, which by this time was a carpeted basement at my neighbor Laura’s house. She wore fantastic blue eyeliner and believed in sequins on everything, which was obviously CORRECT. All we ever wanted to do was dance and roller skate. So that’s what we did. Sometimes both at the same time.

Because it’s a full hour for you to love yourself. And for me to love you. 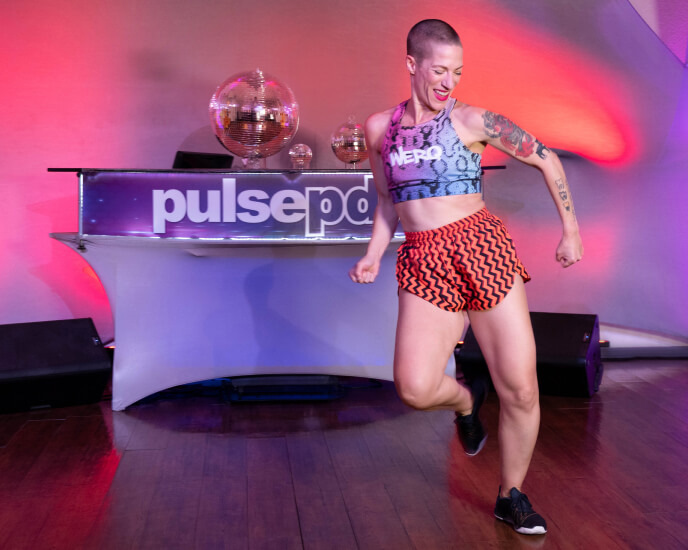 “Eva is the best! Great music, amazing variety of movement, and always leaves me smiling while dripping sweat!”

“Absolutely MAGICAL. This was my first time and I’m hooked. Way better than the club!”

“The class was amazing! It was perfect to get me moving and not feeling left behind or like I couldn’t keep up. I haven’t danced as often as I used to, and the WERQ classes seem to be a perfect fit to ease back into dancing!”